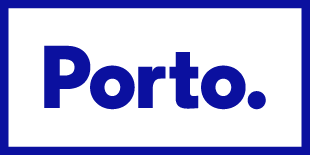 The MIMO FESTIVAL is back, more vigorous than ever, in a spectacular debut edition in the city of Porto, from September 23 to 25, 2022.

In three days of festival – totally free, MIMO wraps up the summer at Invicta with more than 60 activities, including concerts, DJ sets, sound systems, workshops, internships, lectures, video mapping, video art, performances and technology dedicated to the Amazon forest; not disregarding the mythical Poetry Rain, that this year takes place at the emblematic Lello Bookstore .

Sites of the Historic Center of Porto, World Heritage by UNESCO, such as Largo Amor de Perdição, Jardim da Cordoaria, Rectory of the University of Porto, Museum of Natural History and Science of the University of Porto, Passeio das Virtudes, Palácio de Cristal and the Churches of Carmo, Carmelitas Descalços, São José das Taipas, Nossa Senhora da Vitória and São Bento da Vitória, are part of the multigeographic “sonosphere” that MIMO will promote.

MIMO is an inclusive festival that prioritizes ease of access and diversity. With the premise of spreading the best in music nowadays in Portugal and around the world, among acclaimed artists and new talents, MIMO provides a unique experience and the contact with representatives of different musical and cultural genres.

Among the artists who will heat the streets of Porto are the Brazilians Emicida and Chico César, the Franco-Nigerian Asa (Asha), the Congolese multi-instrumentalist Ray Lema, the legendary English director and DJ Don Letts, the Algerians and Tunisians DuOuD, the Portuguese-Cabo-Verdians Mario Lucio & Os Kriols, the Ukrainian pianist Valentina Lisitsa, the Indian Nishat Khan, the Portuguese Branko, Pedro Burmester & Matosinhos String Quartet, the Vimaranense guitar player Manuel de Oliveira, Maria João & Mário Laginha, “Mulheres que Fazem Barulho” (Ana Deus, Lena D’água, Anabela Duarte, Sandra Baptista, Mitó Mendes, Carolina Brandão and Marta Abreu), the Brazilians of the Orquestra Voadora, the trumpeter Gileno Santana, the soprano Chiara Santoro, the Brazilian revelation Plínio Fernandes, the rapper and actress KT Gorique, the VJ’s Thiago Montano and Astronauta Mecanico… and a unique space dedicated to the Sound System culture with Channel One, Brother Culture and Ministereo Público. Not to mention the Casa Comum Amazónia, a series of activities dedicated to the Brazilian Amazon forest, through the gaze of multidisciplinary artists born in the region, of different ethnicities, with the backdrop of the largest tropical forest in the world.

The positive repercussion of the audience also happens online. The website mimofestival.com adds up to half a million visits per year. In the last face-to-face edition in Portugal, in 2019, the MIMO event on Facebook gathered 240,000 Internet users. The broadcast of the concerts generated 140,000 views in Streaming and the news published in the media triggered more than 14 million impressions. The numbers are repeated in MIMO Digital Festival, which records around 60,000 views on YouTube and more than 419,000 views, likes and reach on social media.

Confirming the recognition of MIMO, the Portuguese edition won the Iberian Festival Awards (award that distinguishes the best festivals of the Iberian Peninsula) in the category “Best Festival regarding Infrastructure” for the 2018 and 2019 editions. The festival was also the winner of the Brasil Design Award, when it won the silver medal in 2019 in the category “Setting Design” and bronze medal in “Visual Communication”.

MIMO: TWO EARS IS NOT ENOUGH

MIMO is a great party of art and culture!